A video attributed to ISWAP showed the execution of two soldiers and a policeman carried out 8 December.  In another video, ISWAP executed four more people, all were humanitarian workers believed to have been abducted in July 2019. The victims worked for French aid group Action Against Hunger.  There was also a third video, allegedly depicting Boko Haram insurgents capturing and killing Nigerian soldiers. However, the Nigerian military command characterized it as “fake”  and accused the Indigenous People of Biafra (IPOB) as having “fabricated” the footage to discredit Nigeria’s armed forces and undermine troop morale.

Meanwhile in the capital Abuja, a rally of the Shiite members of the Islamic Movement of Nigeria (IMN) was violently dispersed by police in Abuja on 12 December. The police fired live rounds into the air after clashing with more than 100 protesters. The rally was organized to commemorate the death of IMN members four year ago in Zaria, which claimed the lives of some 350 Shiites.

In summary, from 9 to 15 December 2019, there were 36 critical incidents in Nigeria, resulting in 84 deaths. The Human & Social category accounted for 38.89% of the week’s total incident count, followed by the Criminality category with 22.2%.

Other areas to watch:

What to watch for in the outlook

This week’s gruesome executions of troops and aid workers broadcasted on videos released by ISWAP are evidence of efforts by the terror group to remain relevant and maintain visibility in global media. The event could suggest that the insurgents have been badly affected by the military campaign and are therefore focusing on soft targets to wage their terror campaign in the northeast.  Although it is tempting to declare that the Nigerian military and its neighboring partners have the upper hand, Boko Haram and ISWAP adoption of asymmetric warfare could continue to cause enormous harm to Nigerians. While big battles and raids on military camps will be reduced, the adoption of targeted attacks on civilians would require the Nigerian security services to adopt their strategy to the changing methods of the insurgents.

Social/Human: Despite the end of the rainy season, at least 2 million people in the already restive Niger Delta remain affected by floods and the aftermath of the heavy downpours that affected the region over the past months. Recovery is slow, hampered by lack of sufficient financial resources, and so the region’s populations are expected to struggle for months before there is a better and comprehensive relocation program in place.  In other regions, communal conflicts tends to have devastating impact on local populations as we saw this week in Anambra.  Despite efforts to broker peace through negotiations, Nigeria has not found the right mechanisms for solving such crises, and thus, remain vulnerable to even slight disagreements on issues of land, cattle grazing, etc.

Economy:  The recent change by Moody’s of the Nigeria outlook from stable to negative is indicative of the weakness of Nigeria’s public finances and sluggish growth prospects. Nigeria has been increasingly reliant on financing from the Central Bank of Nigeria (CBN) over the last three years to cover persistently large fiscal deficits. As of the end of September 2019, CBN cash advances reached 2.5% of GDP on a net basis. Looking ahead, Moody’s predicts that Nigeria’s finances will likely weaken further due to the limited revenue intake and weak economic growth. 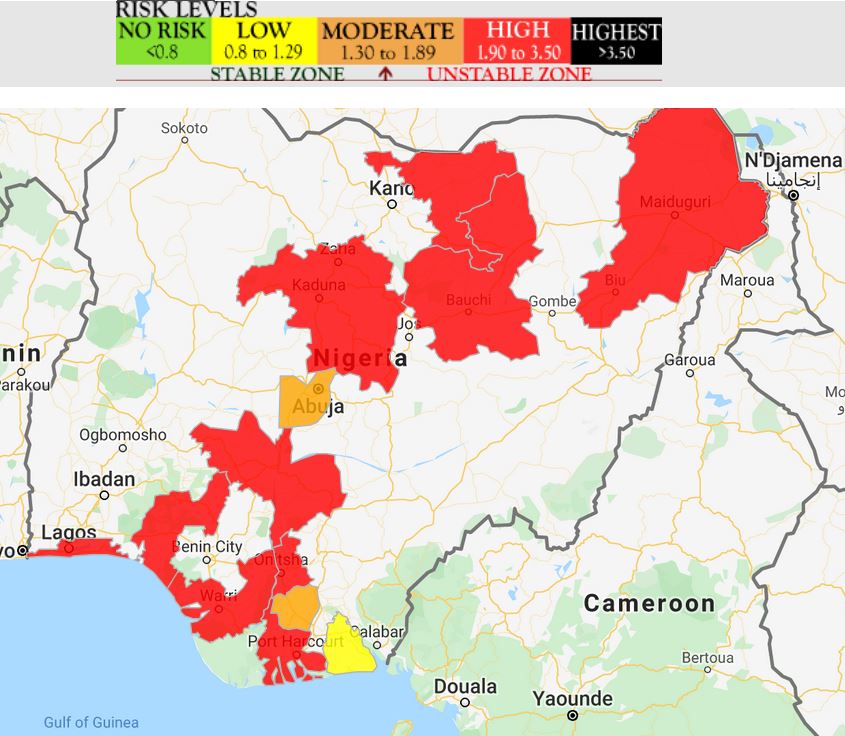 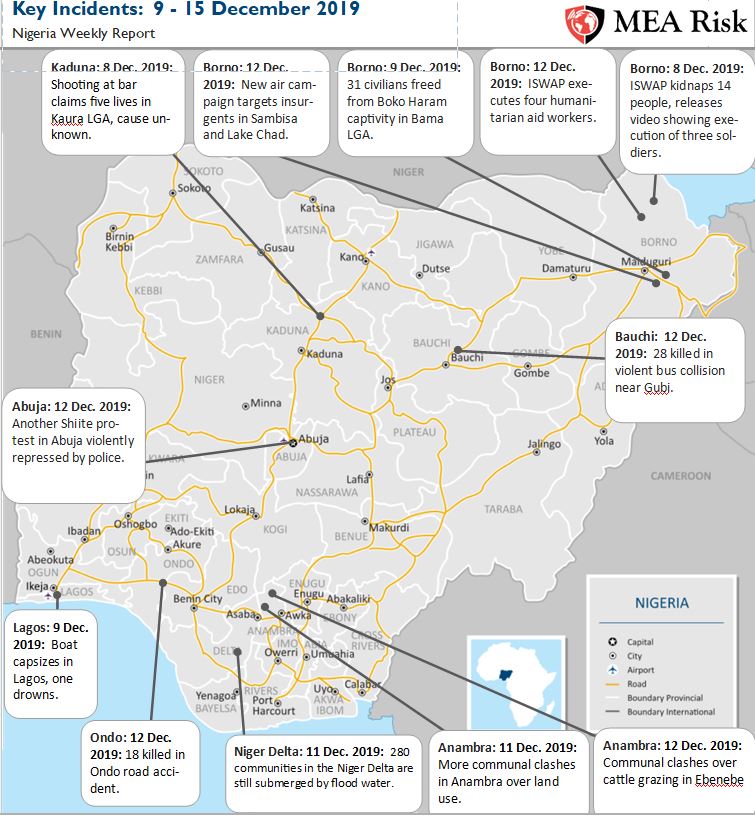