The Mozambican Liberation Front (Frelimo) has won Mozambique’s municipal elections in 44 of the country’s 53 municipalities, according to official figures released on 14 October.  Elections took place on 10 October. Only the results from Malema in the north of the country remain unknown, though  the deadline for publication of results by local electoral bodies was the 14th.

– Renamo, Mozambique’s main opposition party threatened to break off talks with the government unless action is taken to end what it characterized as “attempts to modify fraudulently the results of 10 October local elections in three municipalities.” Renamo’s Ossufo Momade gave a detailed and highly specific account of the irregularities.

– Five people were killed and 26 arrested during the 13-day local election campaign, which preceded the 10 October vote in Mozambique, according to the police. Most incidents were accidental in nature. However, there have been several cases of violence during the election day proper.  In Zambézia, the police used force to dispers MDM protesters.  In the same province, the police also used teargas to disperse another Renamo parade in Alto Molocue.   In Sofala, two Renamo militants were injured during disturbances in the municipality of Marromeu.  In Nampula, eection violence in Nacala Porto resulted in at least seven wounded.  In Tete, a violent confrontation between Frelimo and Renamo caravans on 7 October, and a violent police raid on the Renamo headquarters brought the campaign to an end there. Twelve Renamo members were arrested.

– Dozens of people attacked a police station in Macomia, Cabo Delgao on 27 September 2018, demanding that the police hand over a man suspected of being one of the jihadists who are spreading terror in the region.

– Attacks by insurgents in the northern province Cabo Delgado in Mozambique have caused food shortages, according to NGOs operating in the region.  The Famine Early Warning Systems Network said that recent attacks in Cabo Delgado potentially increase the displacement of people, who were forced to abandon their land and move to safer areas.

– Mozambique on 3 October put on trial 180 national and foreign citizens accused of involvement in deadly Islamist attacks in Cabo Delgado. The trial has been held in an improvised court in the jail where hundreds of suspected militants are being detained in Pemba, the provincial capital of Cabo Delgado.

– In all, for the period of 1to 15 October  2018, there were 49 critical incidents in Mozambique, resulting in at least night deaths and 49 arrests. The Domestic Politics category accounted for 45% of the total incident count of the fortnight, largely as a result of the municipal election campaign period that ended 10 October, and which resulted in many incidents. Voting day was also tense, so were the aftermath with many results contested by the opposition.  The Economy category followed with more than 20% of the period’s incident pool.

The local elections held on 10 October constitute a major test to Mozambique’s political system, and whether stakeholders there are able to deliver on their pledge to restore peace. While the outcome of the 10 October elections remains unclear as of the release of this report (15 October), there is a great deal of tension  that could derail efforts by the peace negotiators from the government and Renamo toward the finalization of a peace deal. Many incidents of vote rigging, generally involving accusations against the ruling Frelimo party and the police prompted Renamo leaders to threaten the end of the talks and the resumption of hostilities.  It is still unclear on how the government and President Nyusi will respond to the Renamo threats, but it is more likely that the talks with be maintained, amid a tense political environment.  It is also likely that the opposition Renamo would use the alleged election fraud to press for more benefits to its advantage.

With the elections dominating news headlines in Mozambique, there have been limited instances of social and human-related incidents reported during the past two weeks.  However, the country’s fundamentals on the the social/human front remain unchanged. The country will remain vulnerable to environmental changes, with environmental-related incidents peaking during the rainy season. Since the wet season, which runs from May to November,  is about to end, the country is expected to witness a lull in the number of incidents related to severe weather, and by extension, there will be lower incidences of water-born diseases.

However, social and human issues will be largely affected by the country’s weak infrastructure, a tough drought in many regions, and poor finances, including Mozambique’s international partners withholding  substantial budget support, which would have otherwise gone toward critical social programs

Mozambique’s economy remains vulnerable due to a variety of factors, including yet-to-be concluded peace negotiations,  the government’s clarifications on its hidden debt, and the stabilization of the northern province of Cabo Delgado, which has been rocked by unrest, as the region prepares to extract substantial gas reserves.

Fixing all these issues will likely take a long while, forcing the country to remain vulnerable to any substantial change in those factors.  As such, economic growth will remain confined, as it has been readjusted downward for its 2018 forecasted GDP growth. 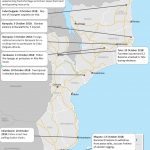