Scoring 2.93 from only seven events reflects the destructive impact of the incidents.  It is notable, MEA Risk says, that other volatile countries in the region,  Kenya for instance recorded 83 deaths in 45 incidents including diseases, crime, road crashes and terrorism. Sudan recorded 91 deaths in 32 incidents including terrorism, criminality, disease and others.

In Ethiopia 79 people died in only five critical incidents.  This MEA Risk says is an indication of the use of violence by security agencies dealing with protestors. This belies the seeming tranquility the country enjoys.

A score of this scale portrays a country that is like a tinderbox.  A country headed towards MEA Risk failed state status. It scored that high because its forces were unleashed on student demonstrators killing 79 of them. Two of the Oromo political leaders were also arrested.

The Oromo students were protesting a proposed plan to expand the Capital City, Addis-Ababa, by taking away land from its owners, the Oromo people, without adequate compensation. This was not the first time the Oromo protested against the plan to excise their land for city expansion.

The conflict erupts every year, but the government suppresses the news of discontent in the country. MEA Risk notes that whenever demonstrators die in the security agents’ hands, the government demonizes them calling them terrorists and other intimidating terms.

An estimated 100,000 Ethiopians leave home each year without documents in search of greener pastures in Middle East and Southern Africa. This works to about 8,000 people a month. Many are transported by people smugglers at a fee. Many Immigrants are frequently arrested.  Last Month for example, 100 undocumented Ethiopian immigrants were arrested in both Kenya and Tanzania. Before then, Kenya had arrested another 100 Ethiopians. In November another 100 were arrested in Somalia as they sought to leave their country.

In June, a Kenyan Prisons Commander complained that his station in Isiolo was in debt because of providing for Ethiopian immigrants detained in the facility.

If caught, the worst that can happen to them is to serve three or four months in jail and be repatriated home.  This is why many employ all tricks in the book to slip through the hands of authorities. Some void detection by walking through illegal routes. Others are hidden in freight containers. Many die along the way.

A Majority though survives the journey and end up in the destination. At the beginning of last year, aid agencies say there were 14,200 Ethiopians in South Africa, both as refugees and asylum seekers. The number was expected to rise to 16,000 people at the end of the year, indicating that 170 Ethiopians arrive at South African borders every month.

Ethiopians flee home due to hard economic times. The country suffered economic mismanagement during decades of Mengistu Haile Mariam dictatorship. Rapid economic growth in the recent past has not made any dent on the larger segments of the population. With a population of nearly 90 million people, and a GDP estimated at US$51 billion, Ethiopia, per capita GNP of $390 places it at the bottom of the world economy. Furthermore, the country’s economic policy, including forced savings and investment, continues to be a motive for immigration.

Ethiopia’s authoritarian development agenda can result in faster decision making and faster implementation of poorly thought out projects. This is what has generated an economic growth rate above 10 per cent for a decade. However, it comes at a very high cost to the people of that country. Thousands are displaced from their land to give way to development project such as the grand Renaissance Dam and other projects of that kind.

The expansion of the capital, Addis Ababa is necessary given the growth of the population and the need for more urban space for increased economic activities. But to expand a city by displacing and impoverishing a section of the citizenry is bad politics. It will cause constant conflict, specifically with the Oromo people who form a third of Ethiopia’s 100 million population. 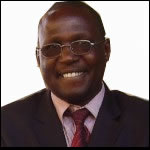 Musyoka Fred Kyendo: Based in Neirobi, Kenya, Musyoka is MEA Risk’s Head of Research and Tracking for Sub-Sahara Africa. In addition to his research work, he is responsible for developing MEA Risk’s Sub-Sahara Africa-wide Analyst infrastructure while overseeing data collection and dissemination as well as research specific to East Africa. Musyoka is an experienced researcher and publication editor, having been head of research on economic issues, while tracking investment flows in Africa’s infrastructure sector. Musyoka is a well-know media commentator and makes frequent appearances in Kenya TV