The Maghreb and Sahel region continues to face unprecedented violence. See three charts at bottom of this page. All data measuring negative factors tracked by MEA-Risk’s Critical Incidents Tracker have been on the rise, some at alarming rates.

For the week ending July 27, 2014, the number of critical incidents continued to climb, reaching 61 events, after dropping to 45 during the week ending June 30th. The escalating number of events could be largely attributed to a concentration of violence in Libya, where the elections for a new Congress that took place on June 25th were used as a pretext by the factions that lost seats to unleash fresh violence. Indeed, with the conservative/Islamist leaning political factions losing seats in Congress, Islamist-leaning militias affiliated to them went on the offensive to influence the new Congress, which starts its session in the first week of August. The most recent acts of violence began with Islamist leaning militias initiating fresh attacks, such as those in and around Tripoli airport and against a military HQ in Benghazi.

Given the new Congress, we expect violence to continue, as a way for the Islamist militants to show that they remain relevant.

In neighboring Tunisia, an Islamist insurgent offensive has recently claimed the lives of 15 army troops, sparking a manhunt involving 6,000 Tunisian soldiers and 8,000 of their Algerian counterparts. The Islamist show-of-force in Tunisia has been a daring one, given that at least 60 fighters contributed to the attack, fighters coming from all parts of the region and beyond. This is a new escalation in the conflict considering that heavy weapons were used to attack the Tunisian army. Fear of more is increasing since the attack was reportedly led by veteran fighter and one of the most wanted men in the world, Mokhtar Belmokhtar.

In Mali, clashes between different armed groups continued in the north on July 19th, 2014, leaving what we best estimate to be a dozen deaths and scores of wounded. The fighting involved various Touareg groups of different ethnic origin, a situation that remains volatile.[membersonly]

Violence in the region, in particular Libya at the start of this week did not stop. Already 8 people were killed even as the Libyans were celebrating the end of Ramadan and the Eid holy day. In addition to events on the ground, there is fear about the potential impact of the North Africans who volunteered to go to Syria to fight the Assad regime. Their expected return in the Maghreb is cause of concern. Indeed, the news of a Tunisian national blowing himself up in Bagdad on July 22, killing and injuring scores of people has sent a shockwave among security officials in the region. The man was affiliated to ISIL. Even Morocco, which has been spared from this regional security meltdown, has been the subject of travel warnings from the governments of France and the United Kingdom as many of its citizens may soon be returning home after fighting in the Middle East.

As this week evolves, already 31 critical incidents were recorded just over the 2 first days of the week, more than half the entire previous week. These two days saw the level of violence escalate to 2.48, an all-time high, confirming the region to be an “Extreme High-Risk Zone.”

Casualty count for these past 2 days remains relatively low at 12, but we expect that figure to increase substantially, although it may not reach last week’s record of 154.

Assessment: The Maghreb/Sahel region faces two types of security crises. The first is classical and of military/enforcement in nature. In this case it is about the broad Jihadist offensive that seeks to destabilize the region in the same way it is happening in Iraq and elsewhere. Although seemingly not linked, Ansar Al-Sharia in Libya may have direct operational links with its sister organization in Tunisia and elsewhere. The presence of Belmokhtar in Libya proper, his claiming the killing of 15 Tunisian soldiers and his knowledge of the Algerian and Sahelian theaters are some of the best evidence of coordinated operations in the whole region.

The second is equally difficult and is of political nature. The deep divisions that we see in Libya’s politics fuel the crisis not just in that country, but also in the whole region. Lack of political stability allows fresh opportunities for insurgents to expand their operations.

We are already seeing the launch of coordinated joint operations involving the militaries of Algeria, Tunisia, Egypt, Chad, and some of Libya, with the support of France and the United States. These operations must continue and should be reinforced. Even after the dust settles, whenever it does, the region will come out stronger and more secure with this ongoing experience and bodies that are able to work jointly. It is unknown how long the military response will sustain and its conclusion will depend on the effectiveness of these joint operations.

On the political front, much more has to be done to bring about real positive change. Terrorism and the state of chaos in the region are often used as a pretext to slow any progress in political and economic reform. But eventually any improvement in security will require some bold political and economic moves that make the region’s population feel as being part of the solution. Indeed we continue to track poor economic performances, bad political decisions, sustained inter-ethnic conflicts, continued corruption scandals, criminality and fraud, all of which continue to fuel anger and feed into the narrative of religious insurgents in the region. Until a real reform roadmap takes place, even gradual, the region will continue to witness multifaceted crises. 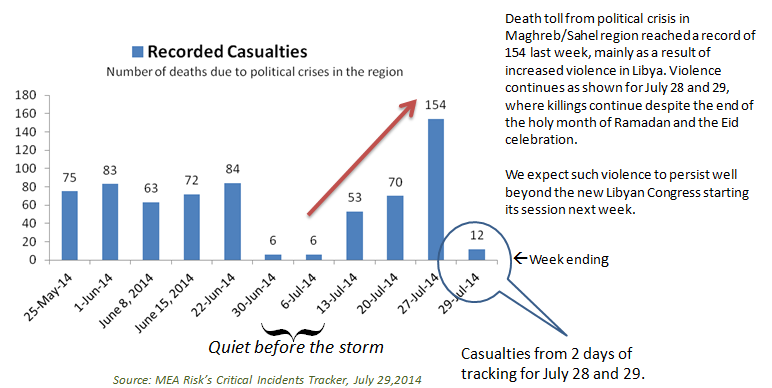 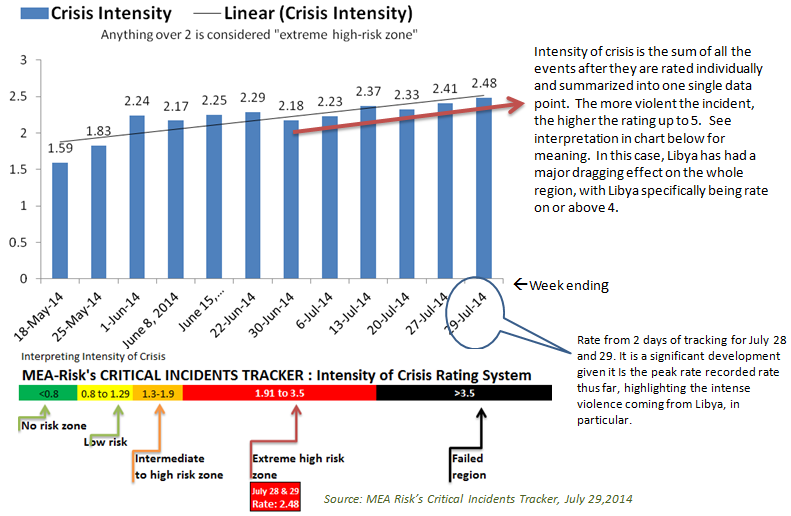