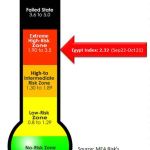 If these past 30 days were an indication of where Egypt stands in terms of stability, the situation is dire. Although the country that has many friends, backers and supporters, including the Golf monarchies and a rating agency that just upgraded Egypt to stable, the country saw no less than 73 deaths from political violence from September 22 to October 21, 2014.

Egypt is facing a multiplicity of problems. The most difficult one is the current tit-for-tat war facing the military in power and the Islamists. The latter are represented by the Muslim Brotherhood on one side, and the more radical groups such as Ansar Bat Al-Maqdis who resort to more violent means.

Still, the Egyptian military are on the offensive, to a point that repression has spread across the entire country. Offensives and counter-terrorism campaigns these past 30 days have claimed the lives of 49 alleged Islamist militants, according to MEA Risk’s Critical Incidents Tracker (CIncidents). Most of the killings of alleged Islamist militants took place in the Sinai region. Sinai is where a war is underway between the Egyptian regime and insurgents, and where nine policemen where killed in RPG attacks, and 6 others in bomb attacks during the past 30 days. These tit-for-tat attacks have led to collateral deaths among civilians, including the death of a 13-year old boy in North Sinai.

Cracking down on Civil Liberties:

The Egyptian regime is not just concentrating its efforts on cracking down on insurgents but also on those who are politically engaged but do not necessarily see eye-to-eye with the regime. Cairo, and to a lesser extent Alexandria have been the scenes of violent confrontations between the police and students, mostly affiliated to the Muslim Brotherhood. One student in Alexandria died after sustaining head injuries during a confrontation with the police.

Mass arrests and arbitrary court decisions to imprison individuals just for their opposing views are likely to radicalize the opposition. The situation has gotten so severe that democracy watchdog The Carter Center closed its office in Egypt as a result.

Former U.S. President Jimmy Carter said: “The current environment in Egypt is not conducive to genuine democratic elections and civic participation.” Echoing what Critical Incidents Tracker has been monitoring, the Carter Center says “there has been a crackdown on dissidents, opposition groups, and critical journalists, together with heightened restrictions on core freedoms of expression, assembly, and association. Particularly troubling are the mass arrests of Muslim Brotherhood supporters; the passage in late 2013 of the so-called protest law, which places broad restrictions on the freedoms of assembly and expression,” it added.

Among the most arbitrary decisions made by the Egyptian regime and inventoried by Critical Incidents Tracker include:

While the country remains in a heightened state of war and repression to deflect opposition’s enthusiasm, Egypt’s economy is in a state of chaos. Despite Moody’s recent upgrade of Egypt’s outlook from negative to stable, attributing the change to the “stabilized political and security situation,” the country’s budget deficit worsened this year to exceeded $35 billion. The country has been looking at its allies to get some cash, and managed to convince the UAE and Saudi Arabia to borrow $5 billion. The government of Sissi may be taking steps to reduce Egypt’s financial burdens, but such steps could backfire in ways that would prolong the state of crisis over the long term. For example while many welcomed the decision of Egypt to reduce its subsidies for a series of products, that very same move could create new social imbalances and therefore new recruits to the insurgents battling the regime. Indeed Egypt has enacted a plan to gradually phase out fuel subsidies, and has already reduced subsidies for fertilizers. Yet, the population affected by poverty rose last year to account for 26.3% the population. That figure is likely to worsen given the planned reduction in subsidies, the inability of the Egyptian economy to create jobs, and the broad negative outlook.

From MEA Risk perspective, Egypt’s October 2014 CIncidents Index is one of the highest in the Africa region. The country is confronted with multifaceted crises and the solutions put forward by the government are not adequate enough. There is no political appeasement on the horizon and political dialogue has been shut down. Opposing political views are not tolerated and anger against the regime is likely to rise. On the economic front, loans from the Gulf will not be enough to bring Egypt onto a strong economic base. Reducing subsidies amid growing poverty is likely to be a source of new social tension.

Egypt’s CIncidents Index stood at 2.32 between Sept 22 and October 21, 2014. This means that country qualifies as an “Extremely High-Risk Zone.” 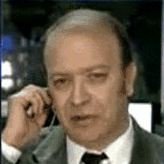 The Author of this Analysis: Arezki Daoud is a Lead Analyst at MEA Risk and is its current Chief Executive. He is an Expert on North African and Sahel affairs. He has been editor of The North Africa Journal since its inception, reaching over 60,000 readers worldwide.