A MEA Risk Assessment – 29 August 2019:  Social unrest has long been a permanent fixture of Algerian politics, characterized by localized and uncoordinated protests and sit-ins across the entire country. The current stalemate is galvanizing the unrest at the local level, with populations energized by the political crisis engulfing the country since 22 February 2019. What is fueling the local protest movement now is a combination of lack of respect to authorities, no more fear of police and gendarmerie, as well as an understanding for the need for deep reform of government and a reformation of the entire political system.

The anti-government Hirak movement has given rise to more and still uncoordinated protest actions on the ground across the country, hinting on a more explosive social environment ahead, that could peak in autumn. To vent their anger, populations resort to different methods of protest, such as closing roads, walkouts, shutting down city halls, etc.  This week has been marked by several protest actions in Tizi Ouzou, Bejaia, Biskra, Oum El Bouaghi, Souk Ahras, Tiaret, Mostaganem and elsewhere, where major roads and highways have been blocked to demand housing, paved road, electricity or outright to chase a hospital director deemed incompetent as was the case in Ain M’lila. In Annaba, fire fighters and agents of the Civil Protection went on strike, demanding the firing of their leaders.

All these movements are likely to harden starting mid-September, without any guarantee that the authorities will respond positively, hence worsening the standoff, which could go beyond December and into 2020. Several problems point to the worsening political short-term scenario: Firstly, the government is unpopular. Appointed by Bouteflika just before his resignation, the current executive is rejected by the Hirak and the political class. Several of its ministers have had to cancel field visits in fear of being attacked by the populations. This week, several ministers were heckled as they attempted to connect with local populations. The interim authorities still have several cards to appease social tension, in particular it has the ability to dismiss Prime Minister Bedoui to buy more time.  But other problems complicate the outlook, namely the unfolding economic crisis that could accelerate should the regime decide to maintain the status quo. The military command that is in control of Algeria will have growing difficulties in taping into the country’s finances to buy social peace considering the key indicators, such as oil prices and the level of foreign exchange reserves, are showing no signs of improvement.

Apart from the broad economic indicators, the economic machinery itself is paralyzed by the political crisis and the fallout of the wave of lawsuits against corporate bosses that are directly affecting their companies. With tens of thousands of workers expected to be laid off, the labor movement is likely to merge its campaign with those of the political and social protest movements to form the perfect storm and constitute an even more formidable opposition to the regime. Attempts to stop such merger has been ongoing with the Algerian intelligence waging unsuccessful attacks against online and off line organizers.

The fall season promises to be dramatic in Algeria. Ultimately, the most likely scenario will be an eventual withdrawal of the military from civilian affairs, paving the way for a calmer transition period post-2019. A similar model appears to have emerged in Sudan, where a long-sought transition period has been negotiated, giving civilians greater access to governance, after three decades controlled by the military. 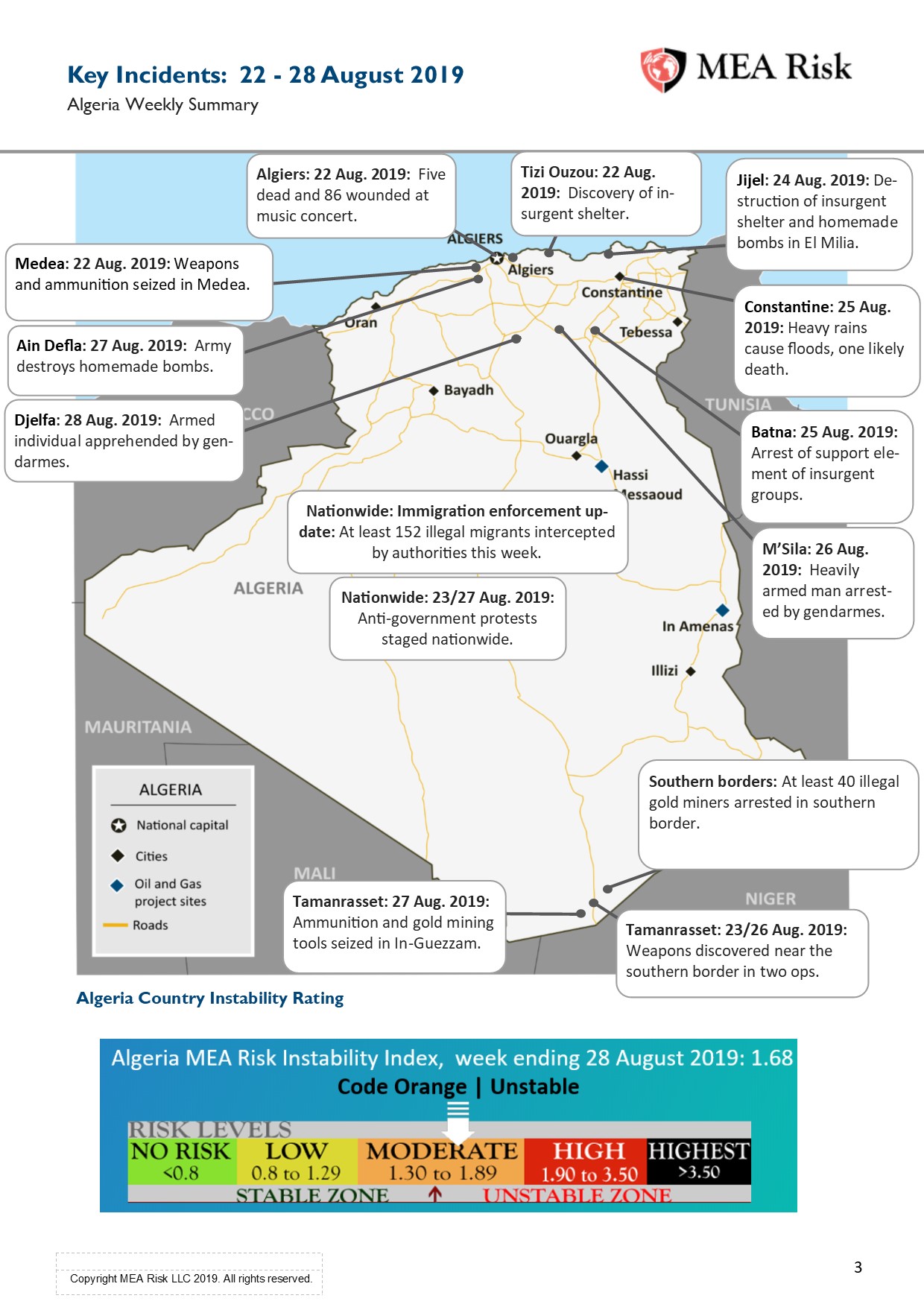